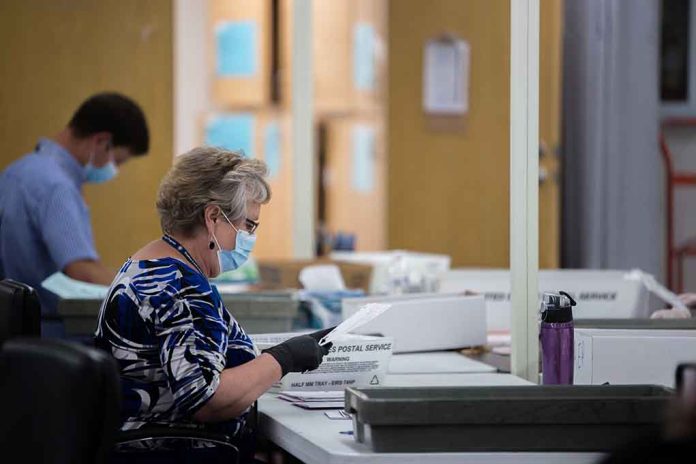 Do Your Part For Election Security By Becoming a POLL WORKER

Closing of polling locations especially affects lower-income and minority voters, where access and participation are already challenging. More and younger volunteers are needed in voting districts around the nation with 58 percent of poll workers being over the age of 60. For those who have considered becoming a poll worker but just haven’t made the plunge, information is readily available.

What Poll Workers Do

Poll workers are responsible for setting up polling locations, checking voters’ registration, assisting them with the voting process, and packing up equipment at the end of the day. Poll workers may have to resolve disputes over voter registration and assist voters with completing provisional ballots. They also assist voters in the use of voting machines and are available to answer questions voters might have as they proceed through the ballot.

Some voters may have limited English skills, so poll workers who speak two or more languages can be valuable in assisting those voters. Others may face literacy challenges and need someone to read the ballot to them. Others may have limited mobility and need help getting into the polling location or may need to have a ballot taken to them at the curb.

Poll workers can expect a long day as most polling locations are open from 7 a.m. to 7 p.m. Any voters in line at 7 p.m. also are eligible to vote, so polls may operate later. Set-up and teardown also extend the long day.

Some districts also hire poll workers to help with advance, in-person balloting that takes place from 10 to 30 days before Election Day.

Pay also is not a great incentive as most states or local jurisdictions pay a flat fee or minimum wage, though the rewards of taking a role in our democratic process would be immeasurable.

How to Become a Poll Worker

States determine the method of hiring poll workers, but it generally is done by the local or county elections office. Elections in some locations are handled by a clerk’s office or registrar’s office.

The U.S. Elections Assistance Commission provides information about the requirements of each state to qualify poll workers. Generally, states require poll workers to be registered voters, and in some locations poll workers may be required to have chosen a party affiliation because states mandate having equal representation from each political party.

Poll workers also must meet certain age requirements, normally the voting age of 18 but some allow poll workers as young as 16, and must be residents of the county or community where they will be working. Oftentimes poll workers are assigned to their voting district, so they have the opportunity to interact with neighbors while working.

The EAC also provides a resource where those interested select their state and county, parish, or election region to receive contact information plus requirements and pay for poll workers.

Some businesses also offer employees paid days off to serve as poll workers, so check with your company to see if you can volunteer for this crucial duty without having to sacrifice a day of pay.

Though mail-in balloting grows in popularity and seems to make the news, the vast majority of Americans still cast their ballots in person, on Election Day, so your participation would help ease the process and keep democracy thriving.

Understanding Your Rights on Election Day