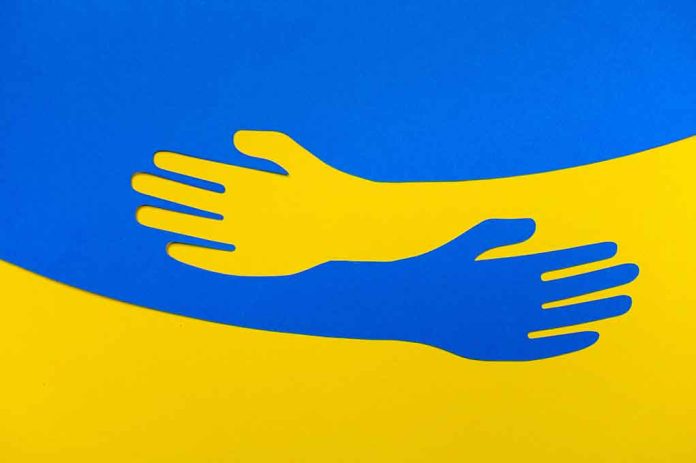 Looking To Help Ukraine? These Charities Are On The Front Lines

(UnitedCause.com) – The war in Ukraine has devastated many individuals and caused many to flee their homes. This displacement has been internal, but others have fled to nearby countries. Amidst this war, many charitable organizations stepped up to support the affected. But the question is, which are the three charities supporting Ukraine?

The charities helping affected Ukrainians are United24, Razom for Ukraine, and World Vision. They work on Ukraine’s frontlines, offering support to those affected by the war. They also work with other organizations to raise money to assist Ukraine’s local relief programs.

The following are the three charities supporting Ukraine during the conflict:

United24 works to raise funds to cater to the most urgent needs of Ukrainians during the conflict. It is the Ukrainian head of state that founded this charity in May 2022. It started as a global digital initiative, meaning that anyone around the globe could easily donate money to help needy Ukrainians. As of now, United24 disseminates funds to the different sectors of Ukraine in dire need. They include defense, humanitarian, medical assistance, and rebuilding initiatives.

United24 maintains high transparency levels by publishing the amounts received and their expenditure. For instance, the charity received help worth thousands of dollars in the summer of 2022 – money used to buy equipment needed by the country’s military. Donations go through Ukraine’s national bank before being channeled to the pertinent initiatives.

Razom for Ukraine’s founding objective was to empower Ukrainians across borders and respond to the many issues facing the country. This charity came to life in 2014. At first, the charity raised more than 900,000 USD to assist Ukrainian protesters during the war. This has seen the charity undertake different global projects to help Ukrainians within and beyond borders since then.

Razom for Ukraine seeks to empower the people of Ukraine using capacity-building initiatives. Their work includes rolling out different programs to support community development and cooperation. Since its formation, the charity has successfully provided PPEs to over 40 hospitals in the country. It has also recruited over 390 people to help in running its operations and services. The operations include sending more than seventy aid pallets to Ukraine and roughly 200 tons of essential supplies.

Bob Pierce was the founder of World Vision. He established the charity in 1950 with the goal of providing aid to children in need. The charity’s first initiatives began in East Asia before spreading its wings to help those escaping the war in Vietnam. As of now, World Vision has its premises in Romania. This has enabled the charity to quickly respond to the war in Ukraine and assist any refugees to flee across the border to neighboring countries.

World Vision is known for its exemplary transparency in managing raised funds. It has a 4-star rating and an Accountability and Transparency score of 100%, as assessed by Charity Navigator.

The war in Ukraine has devastated many individuals and caused many to flee their homes. But charities have stepped up their efforts to support those affected. They provide financial and humanitarian aid to the Ukrainians affected by the war. The charities are usually open to any support through donations to aid their efforts. In essence, these charities have succeeded in helping the affected and will continue doing so even after the crisis ends.

6 Ways to Support Overwhelmed Animal Shelters in the US

Featured Cause: Meet the Nerdettes